We Can Sharpen Face Detail in Your Photographs

We now have the ability to sharpen up those out of focus faces that many old photographs suffer from. Sharpening face detail restores lost detail and brings back the true skin tones and all aspects of face detail 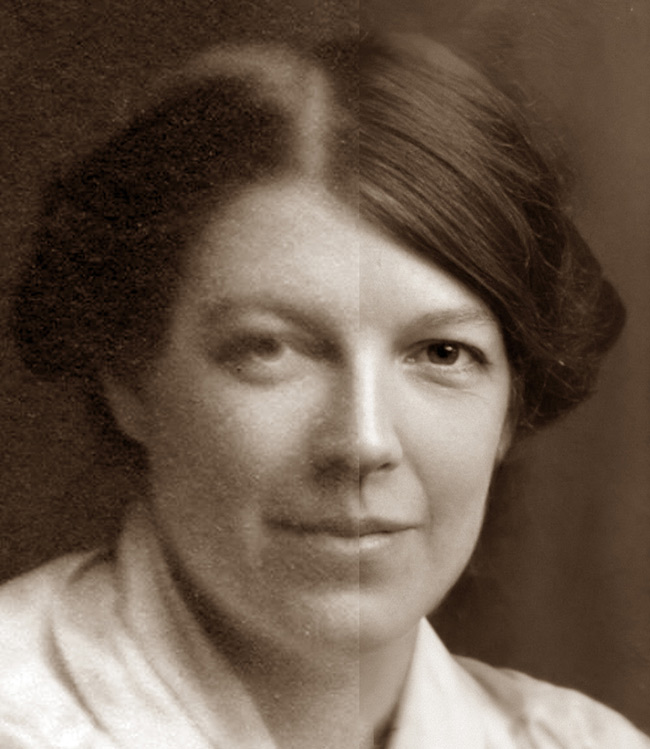 Photographs Forever on BBC ONE Morning Live 9.15am 11 November 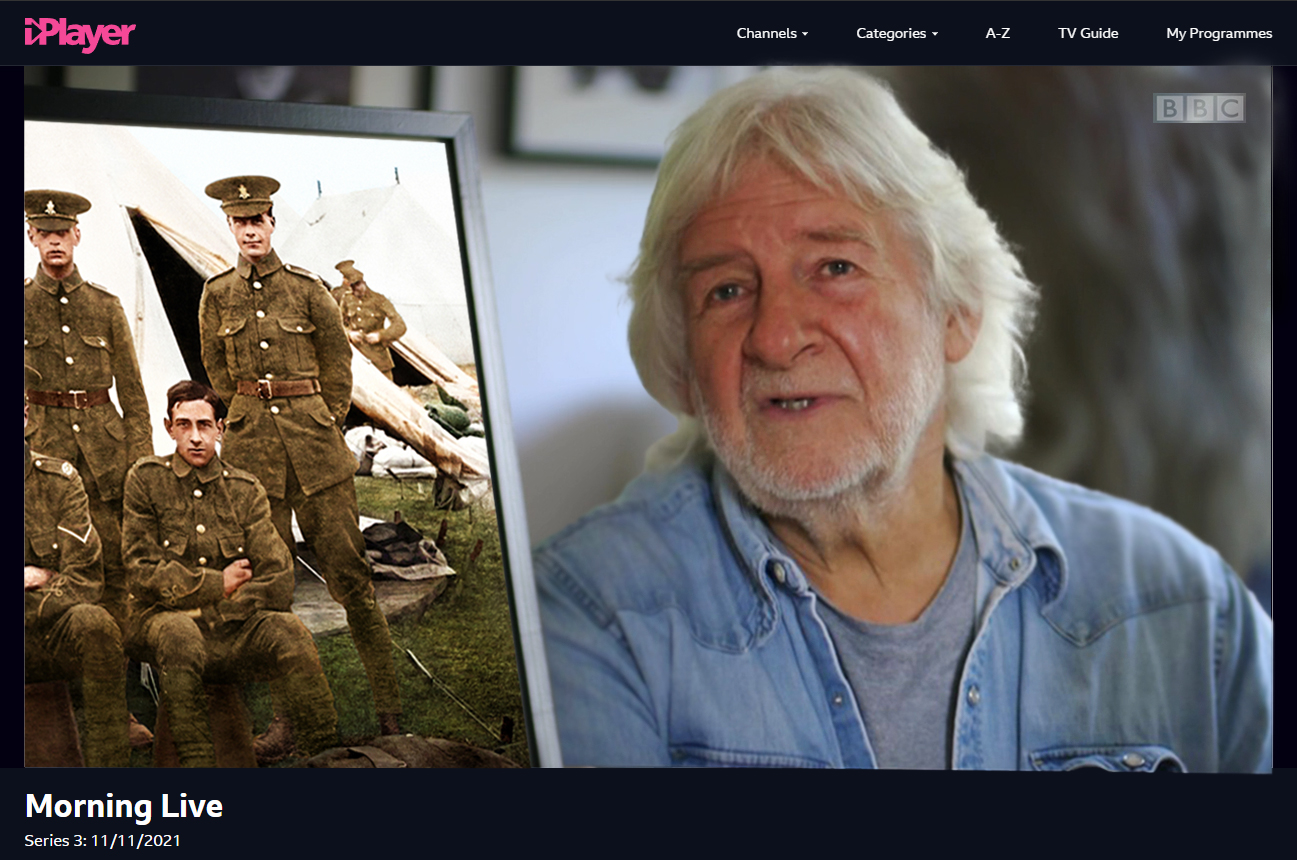 Yes, Photographs Forever was on BBC One TV, Morning Live at 9:15am on Thursday 11th November.

Here is the link if you’d like to watch our segment of the programme.

What’s YOUR Most Important, Irreplaceable Possession? 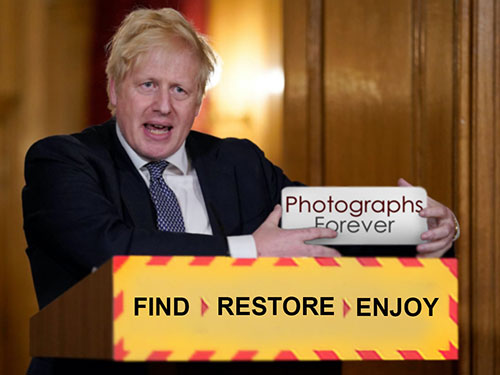 2020 has been a very unusual year in so many ways for all of us. One factor that has occurred to many of us is the importance of the family and close relationships as we have had time to reflect.

I will be moving to a smaller house soon and, as I have to get rid of quite a lot of ‘stuff’,  it has occurred to me that when I look around the house to decide what’s precious, there really is very little that I couldn’t live without. Except photographs. Photographs are one of the very few things that can’t be replaced and they are therefore possibly our most important and valuable possession.

Because we have all had more time on our hands than usual, photograph collections that have been overlooked for years have finally been finding the light of day and getting them scanned and either optimised or fully restored has enabled these very special photographs to be enjoyed so much more.

So, if you haven’t checked out your own photograph collection yet, there is no better time than the cold dark winter months. Apart from anything else, it is actually a very enjoyable exercise. So make that diary note to do it. You’ll be glad you did.

There has been a very big increase in the number of photographs I have received because going through the masses of old family photographs is a job that is so often put off by many people due to lack of time and for these past few months have provided  the time and the environment to tackle the task. It’s always much more fun than people expect. And the rewards are huge.

I am now very excited to be able to offer you a top quality bespoke framing service. This means I can offer custom size prints, mounts and frames to show off your restored photographs in the best way possible so they can receive the attention and admiration they deserve.

The most popular moulding is the solid wood satin black or mahogany with single or double mounts. 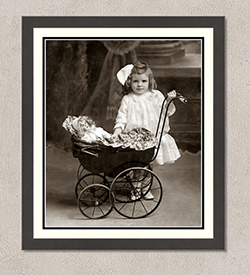 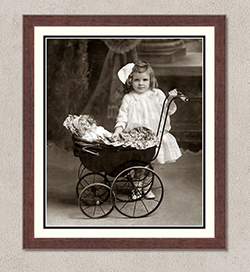 I can also provide multi aperture frames – the one below is 20in x 16in with two landscape format 8in x 6in prints and two portrait format 5in x 7in prints. There are several multi aperture options available and the frames can be any size you choose. Heavier mouldings are available for larger sizes. 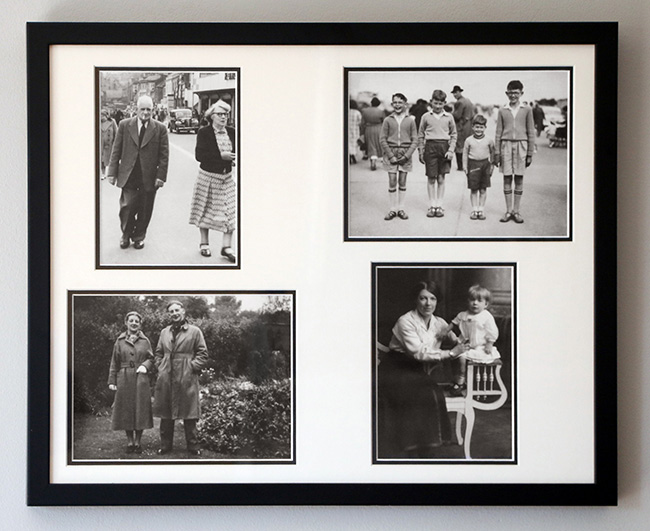 I can even show you what your photograph will look like before you order including all the relevant dimensions. This is particularly useful if you want a specific frame size to fit a specific space in your house. 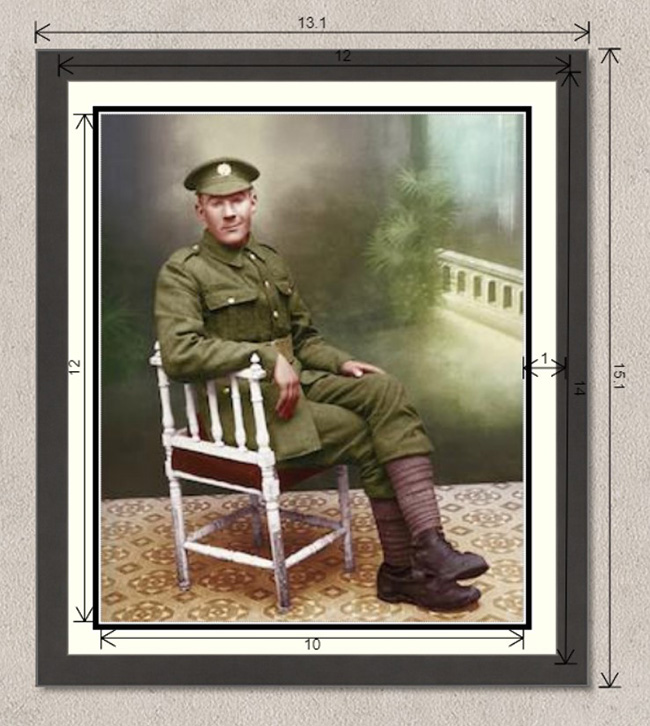 A representation of your own photo with dimensions added 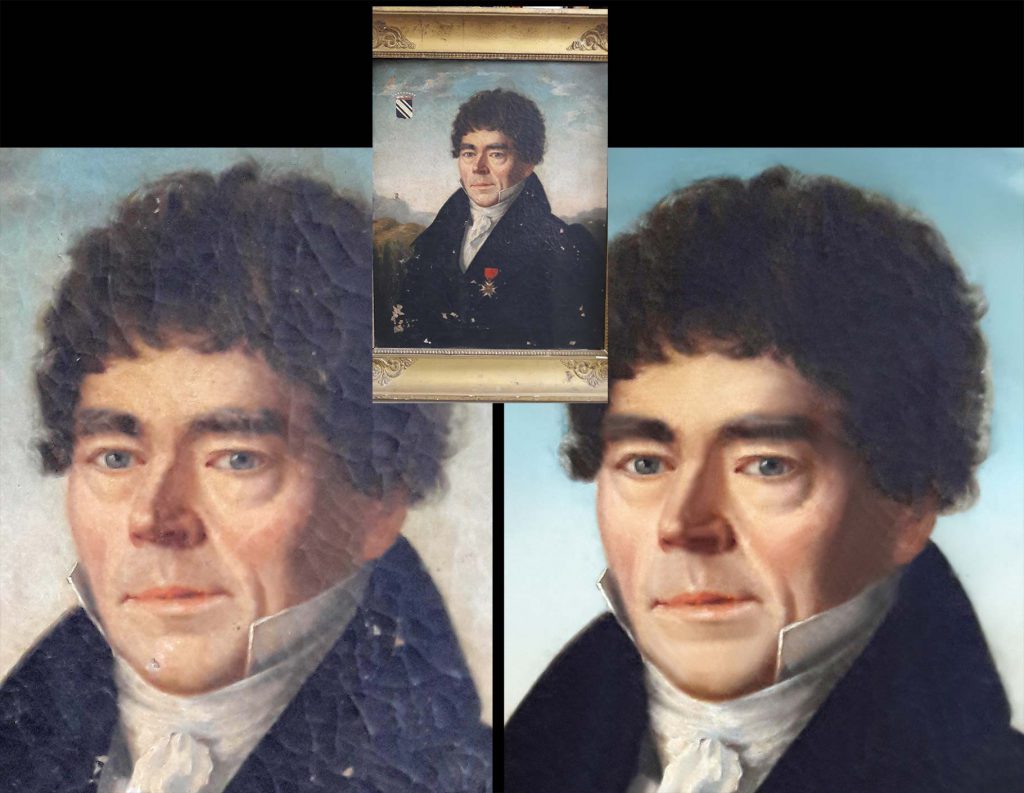 My customer John G had a photograph he had taken of an old oil painting of an early member of his family (centre photo above). The photograph he gave me was not very good quality itself and you can see by the close up of the face on the left that the surface of the painting was also very cracked and damaged.
On the right is the same section after I had digitally restored it.

Thought to be Lost – Restored to a Good Result 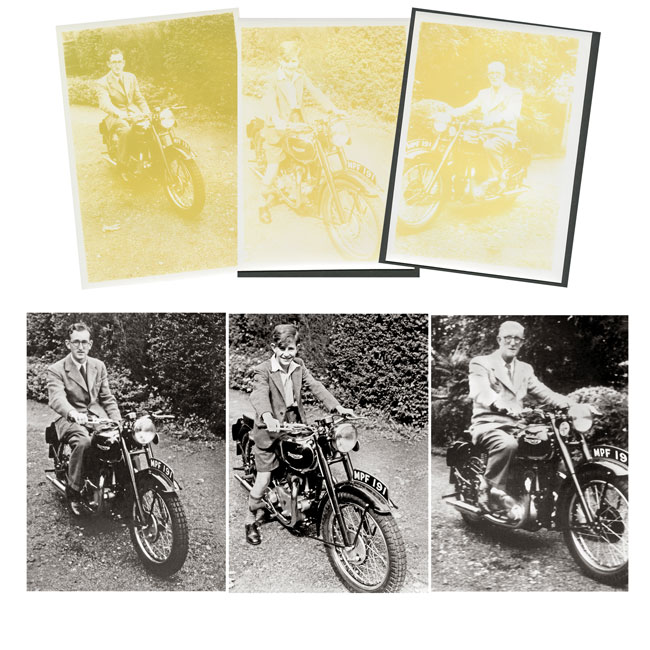 John, now long retired, and in the centre picture as a boy, had these three photographs of his brother, himself and his dad on his brother’s new motorbike. He the thought the photographs were beyond repair and was absolutely thrilled that I managed to get the photographs to look this good again. I even turned his dad around so they are all facing the same way to go into the frame!

Three Brothers Together at Last in One Photograph

My customer John G wanted to get his grandfather with his two brothers together in a single photograph with a Scottish background.

Here are the three individual photographs and below the final result 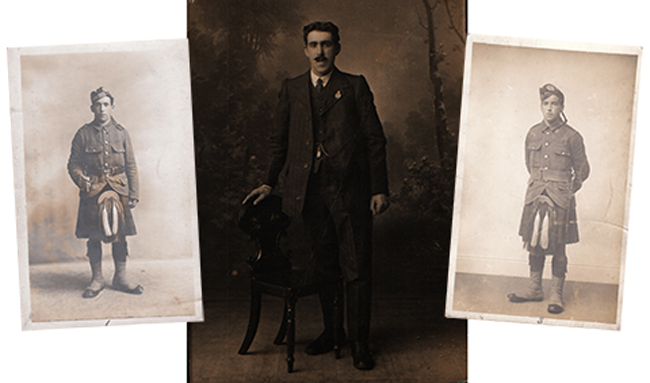 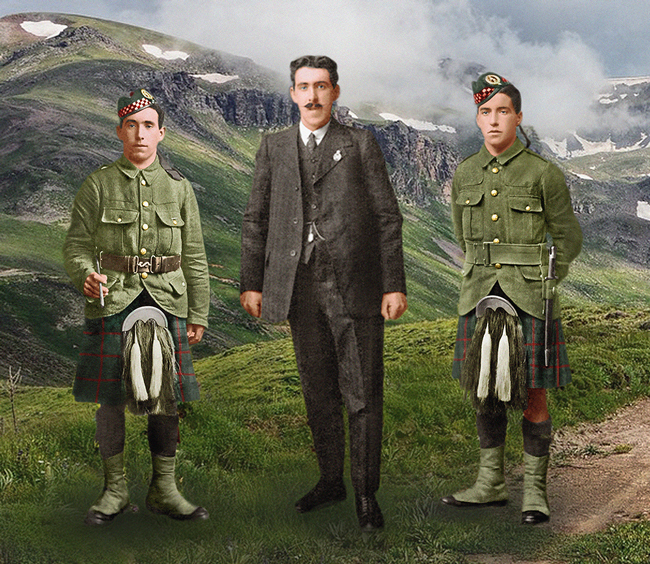 Here’s the review John left for me on Yell.com

“Please accept my wonderful thanks for the restored colour job you did to the photo of my late grandfather and his two brothers.
You have done a very professional and absolutely stunning job. You are very talented at what you do.” John G

I often get asked to reproduce family photograph albums so that various members of the family can share the family history.

I was asked by Moira to recreate an important family photo album so that both she and her sister could have a copy of the book with the historic photographs and handwritten descriptions.

Below is the original and the new lay-flat photobook I created. 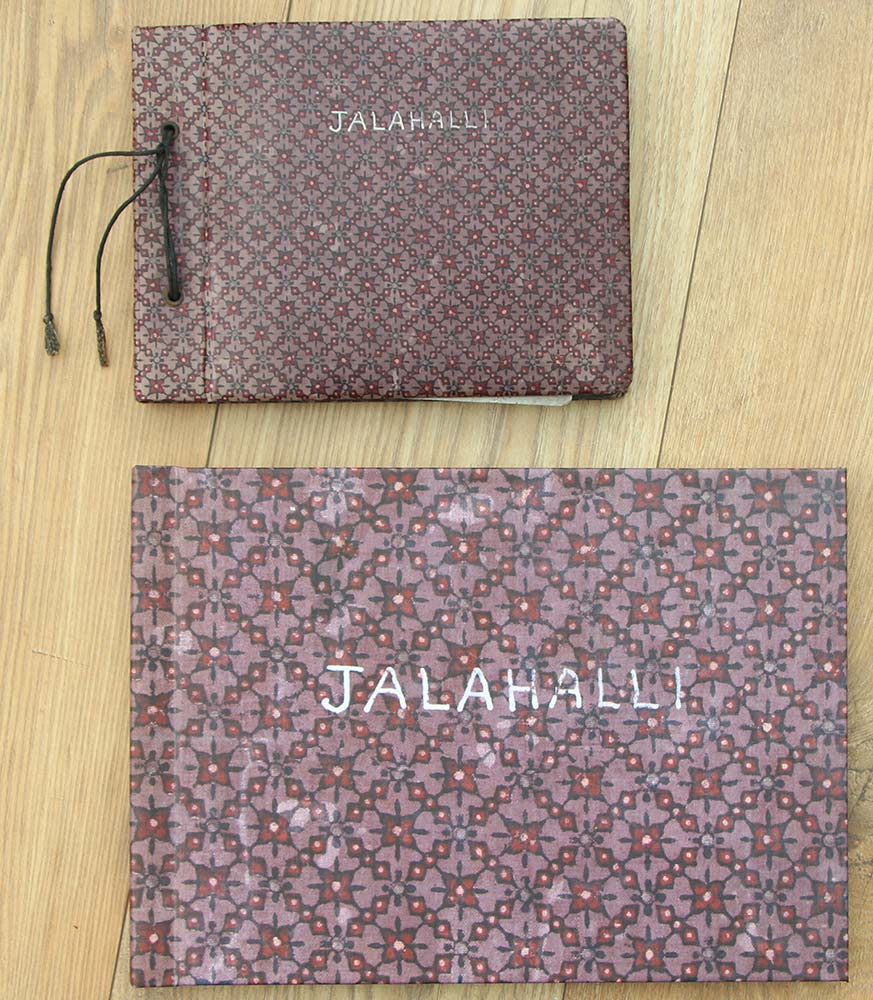 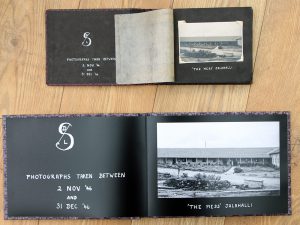 “My father signed up for his national service because the Essex Regiment were going to be posted to India. He had a place a medical school but deferred it to go to India. He loved it there, a complete culture shock from Chingford. The army taught him to drive, allowed him to play hockey and he was upset to leave India having fostered a dog there that he had to leave. My father was a doctor so army life was far from ideal but he appreciated the opportunity he was given and never forgot his time there. He was a keen photographer and you can see the care he took to display each photograph and carefully write an inscription.” 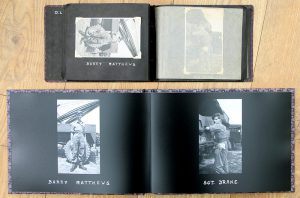 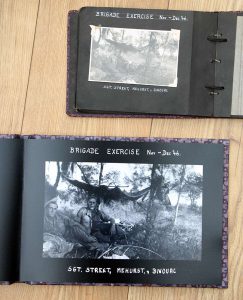 Restoration of a Section of an Old Photograph 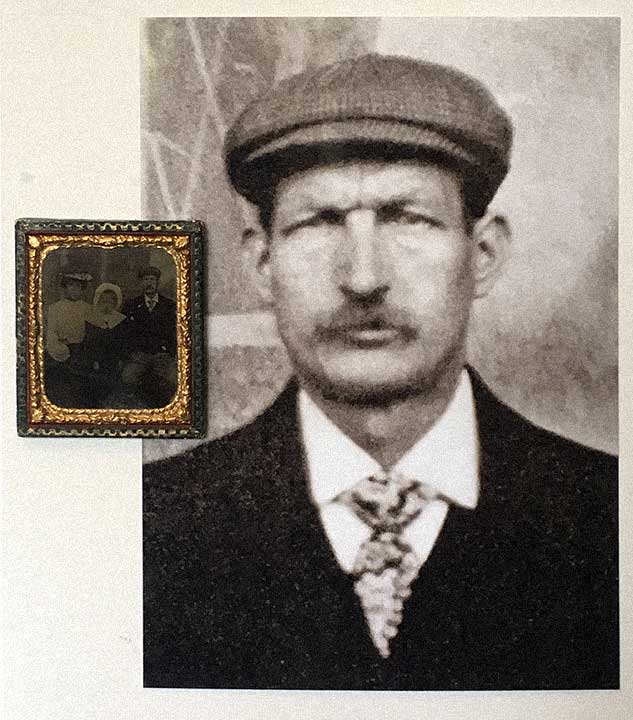 I found a very small framed old photograph of one of my family members with his family and wanted to see the man more clearly so I restored that section of the photograph that is just (1.5cm x 2.5cm) which I’ve printed A4 and it looks very good! Above is a photograph of the original photo alongside the A4 print. Below is the restored file. 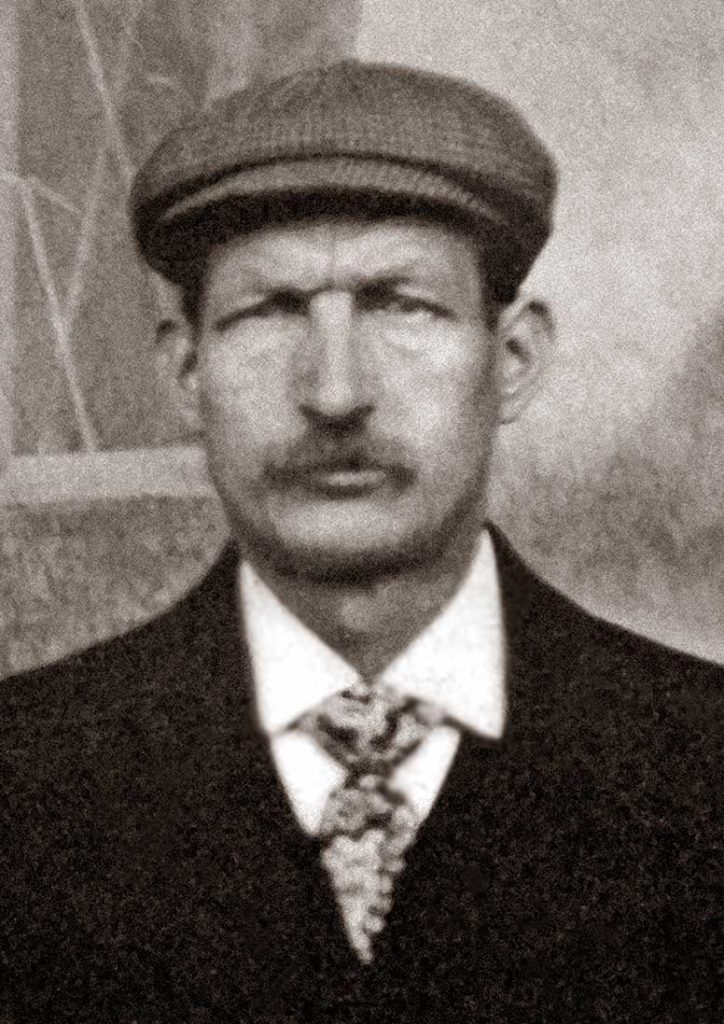 The Importance of a Memoir

Over recent months I have been restoring photographs for my customer Irene Boocock. It soon became clear that Irene was working on her memoir for her family and she got in touch when she had finished it by the Christmas deadline to let me have the reactions from the family and herself when it was completed. 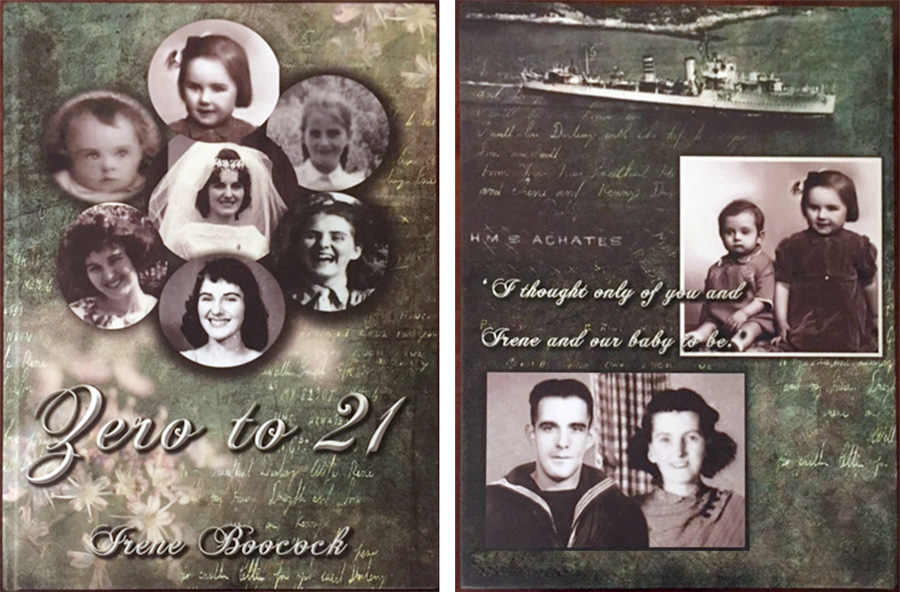 Here’s what she sent me:

I have always thought of writing about my early life as a legacy for my children.  I regret not asking my mother more questions about her childhood and that I didn’t find out more about the short time my parents had together before he was lost at sea while serving on the Arctic Convoys.  Like others considering writing about their life, there were always reasons for me to put this off.  However, I finally began preparing notes and tentatively made a start on the first draft. After gathering lots of photographs together to scan onto my writing, I realised I would need help as many were damaged and faded.  This is where Richard came into the project, employing his expertise and restoring treasured photographs beautifully.  The first one he restored was a very early photograph of myself which had suffered much damage over the years having been folded in half, sellotaped together and with several tears and scratches. I couldn’t believe the transformation Richard achieved and over the next months, there followed more restorations, each one securing a place in the memoir.  A very special one was the photograph he created, from two separate images, of my parents as we had never seen one of them together.

I am so pleased with my completed book, happy in the knowledge that my early life is preserved for my children and grandchildren and in the process, I have paid tribute to my parents.  There is no doubt that the restored photographs – courtesy of Richard’s dedication and undoubted expertise – add so much to the story of my early life.  To anyone thinking about writing a memoir, I would encourage you to make a start as the rewards are so worth the time and effort.  At Christmas I gave out copies of my memoir to my family and the response was truly overwhelming.  I would also wholeheartedly recommend asking Richard to restore your faded/damaged photographs to enhance and safeguard those frozen precious  moments from your past. Good Luck! 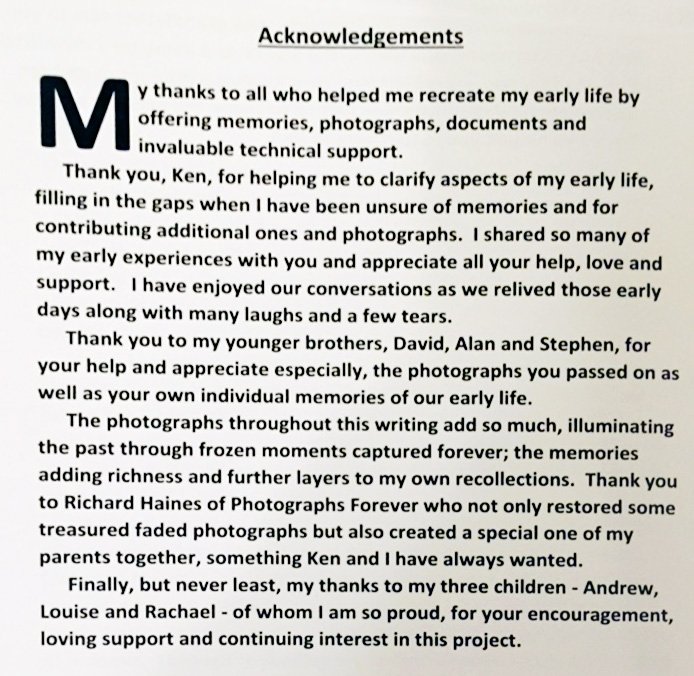 This was very gratifying for me to receive and I can only encourage everyone to make the time and take the effort to ask questions of relatives about family history so the stories are not lost forever. I hear this so often “If only I’d asked my parents about their early life and who is in all these old photographs” is something I hear a lot and have actually said myself.