Customer Reaction to The Photobook Provided by Photographs Forever 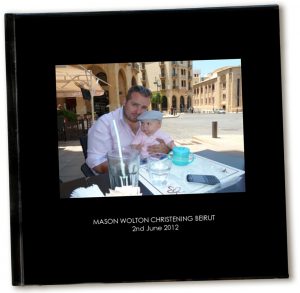 We are increasingly asked to provide our new lay-flat photobooks by people who have a collection of photographs that they want to both preserve and also share with others. Here is the feedback we received from Harry W when he received his photobook.

“I had been waiting for a long time to get my photographs of a wonderful trip to the Middle East put into a photobook but, as there were some 100 photographs, I really had no idea how best to deal with it.

I then had some photographs restored by Richard and they were so impressive that I asked him if he could make the book for me. He went to as great deal of trouble to send me miniature sheets of the photographs so that I could choose what to use and what to leave out, what I wanted to print as large copies and those that could be best fitted in as smaller ones.

When I received the final book, I was delighted and described the whole exercise as a masterpiece. It will be a family heirloom and a joy to continue to look at.”