Fascinating Photograph During the Blitz – London 1940 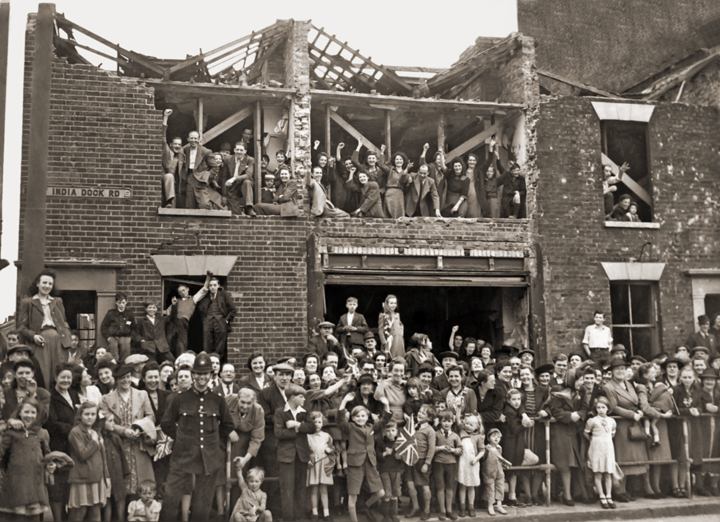 “This photograph was taken on a day when King George VI and Queen Elizabeth visited Poplar during the Blitz. My father as a boy is standing in the right upper window with his mum on his right and his best friend beside him.

My father remained in Poplar throughout the war with his father who was a stevedore in the docks and his mother who was a seamstress. Their house suffered damage in the war when an incendiary device came through the roof and landed on his parent’s bed, luckily it did not ignite and they managed to wrap it in the bedding and throw it out of the window!”

Here’s the original photograph I received: 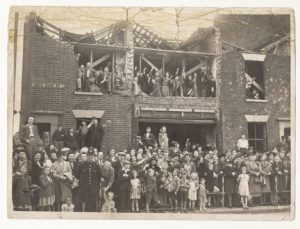