Framed Tribute to a Decorated Soldier

I received an enquiry from Debbie Summers of Acorn Framing in Bognor Regis asking if I could restore a very poor computer print photograph of a soldier she has been asked to frame with the soldier’s medals as a tribute for their family history.

Here is the before and after 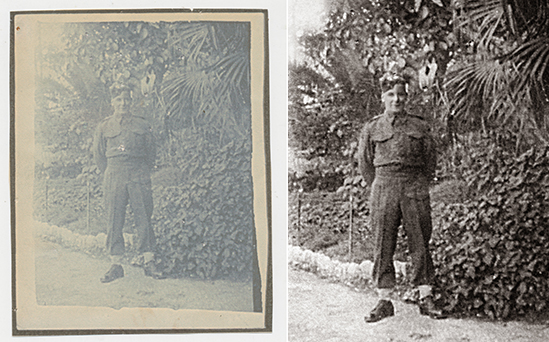 Debbie then suggested that her customer added a nameplate with the details and also a genuine cap badge to go into the frame too. This was agreed and Debbie supplied these.

Here is the finished article 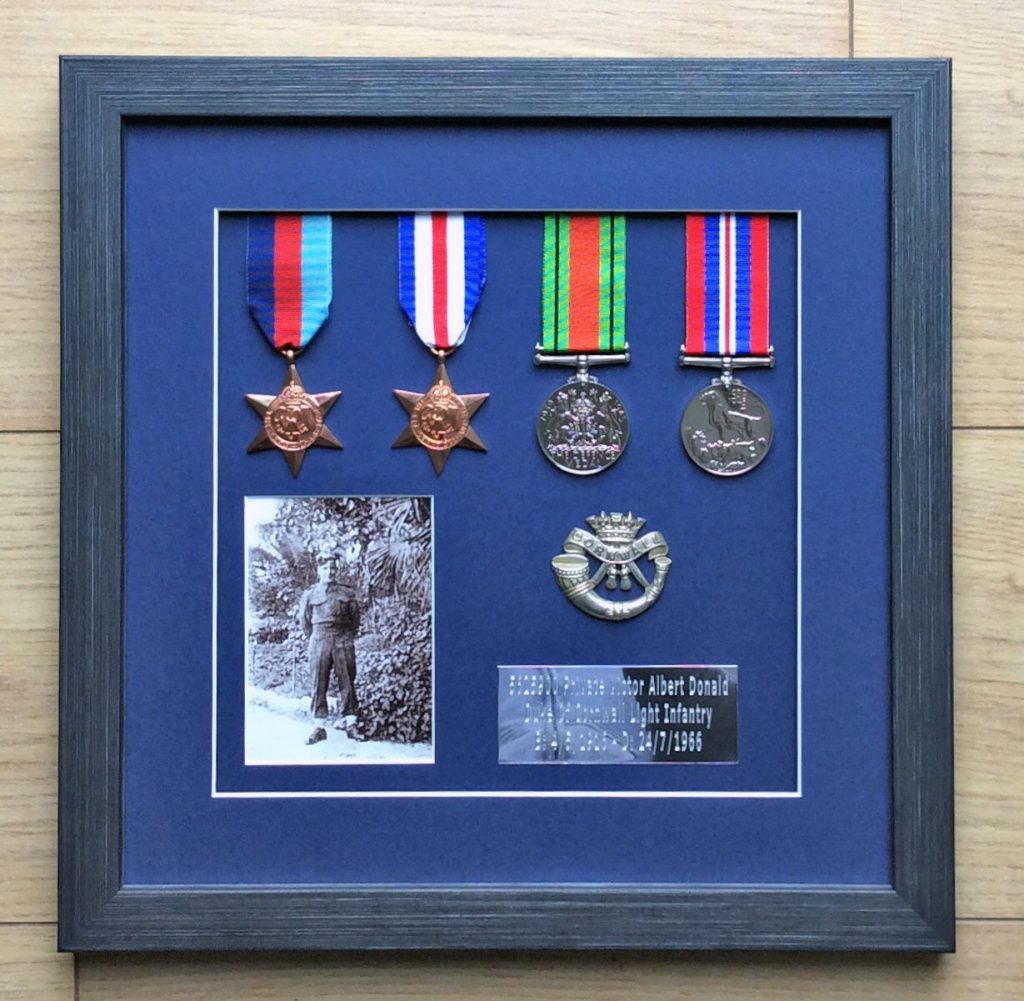