Wonderful Story Behind The Photograph

Carol send me the creased old photo to restore. Her romantic story is below. 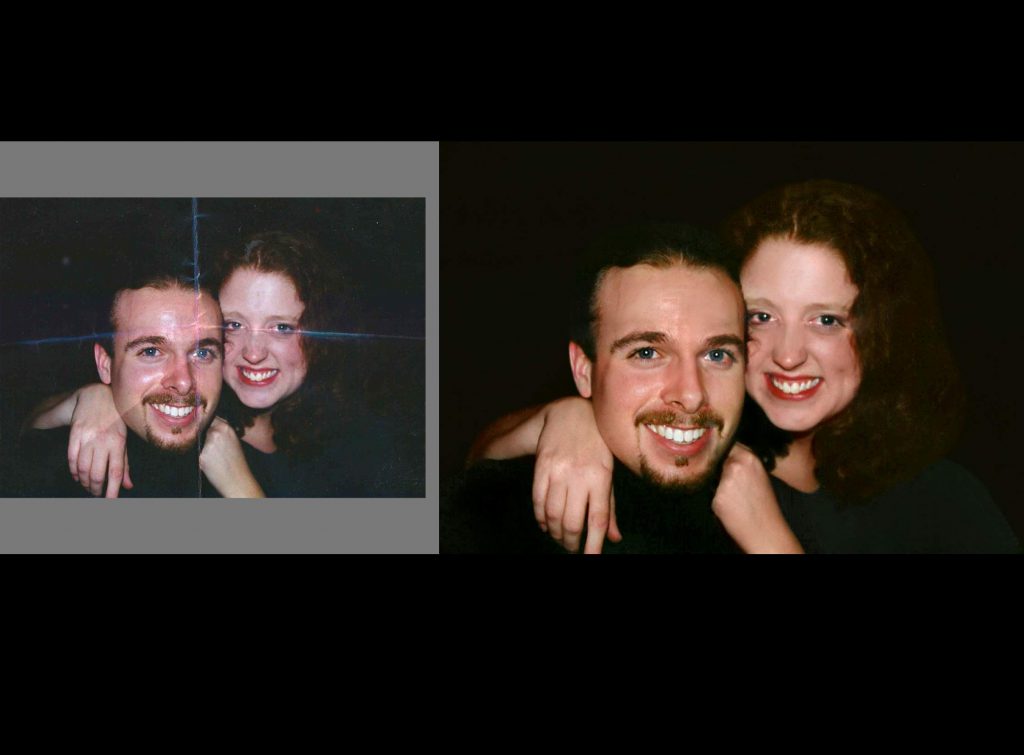 ‘So the original photo was taken in London in 1998 in a pub called the Bram Stoker Tavern. Adam worked there, he was on a work visa from Australia. At the time he was 20 and I was 21.
I was a nanny that lived around the corner. One evening I walked into that pub and was greeted by his cute Aussie accent declaring that I was the most beautiful woman he has ever seen.
We fell madly in love! Both of us had never been in love before. After a year I decided I hated living in London and wanted to come home back to my country life in Oxfordshire. Adam didn’t want that and unfortunately we split up. Both of us being stubborn.
Fast forward 20 years, he had been looking for me for years on Facebook but I had my married name still even though I was divorced but I found him! I never stopped thinking about him. He told me that he had never stopped loving me and he wished he had moved to Oxfordshire with me all those years ago.
After a few months of online dating he gave up his job and moved to England. We are planning to get married and have a couple of children. Life is really good. ‘