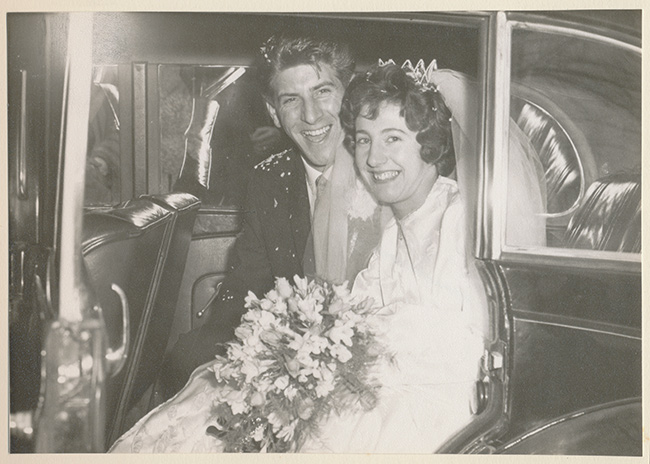 This photograph was taken on 3rd of February 1962, when Colin and Jan were just 21 and 19 years old. As soon as we saw the photo we were instantly struck by how heart-warming it was, their faces a perfect picture of happiness!

Since 1962 Colin and Jan went on to have four children and four grand-children, and it was their grand-daughter Emily who contacted us in January as she hoped to give her grandparents a restored version of their precious photograph for their 60th wedding anniversary. 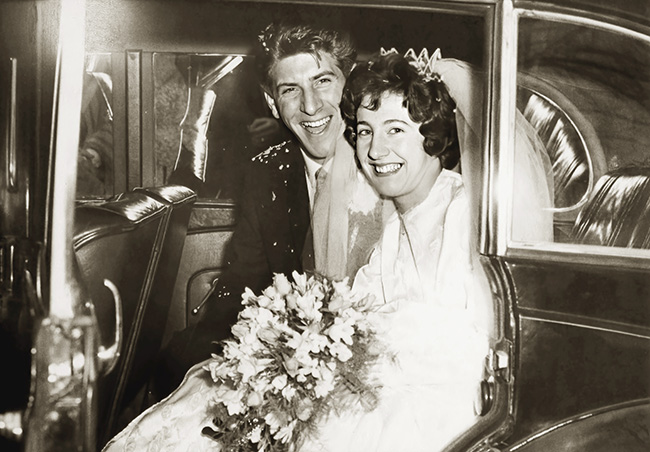 Jan says  “We got married at the church that was once part of Hanworth Palace owned by Henry VIII. I walked through the door on the arm of my dad and felt part of the history of it all. Hiring the Daimler on the day of our wedding was a luxury I had not known before. The car arrived to take us the short distance to the reception. It was such a happy day I don’t think we noticed the cold February weather.”

Emily tells us that her great-grandfather (Jan’s dad) was the gardener at Hanworth Palace, and when her granddad Colin first visited her Nan, who lived in the grounds, he mistakenly thought he had struck gold, believing Jan’s family owned the estate!

On 3rd February 2022, Emily presented her grandparents with the photograph that we had restored and framed and kindly sent us these photographs of their reaction… 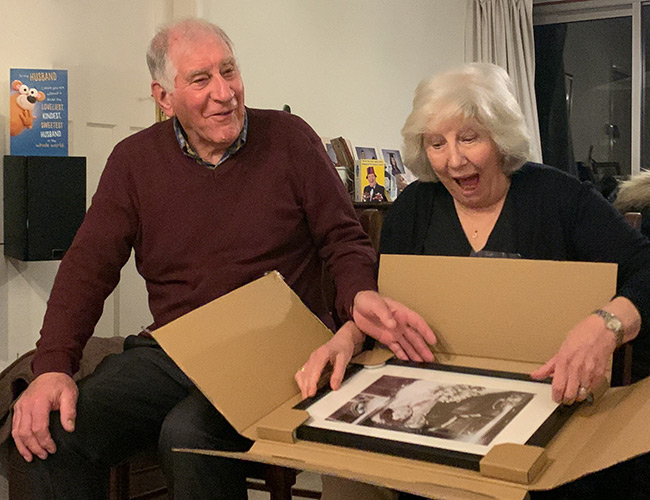 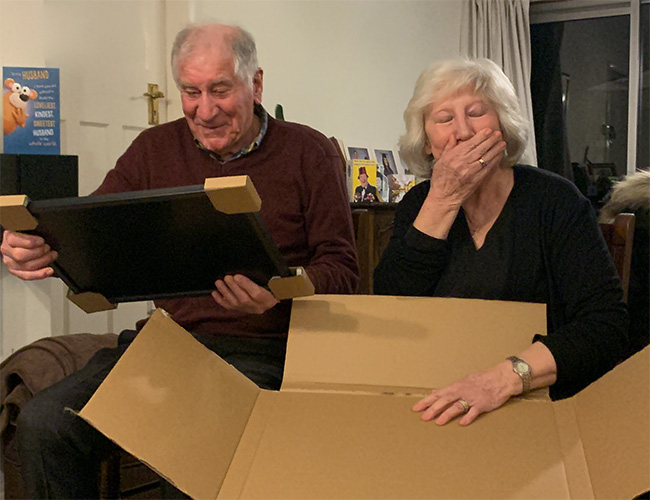 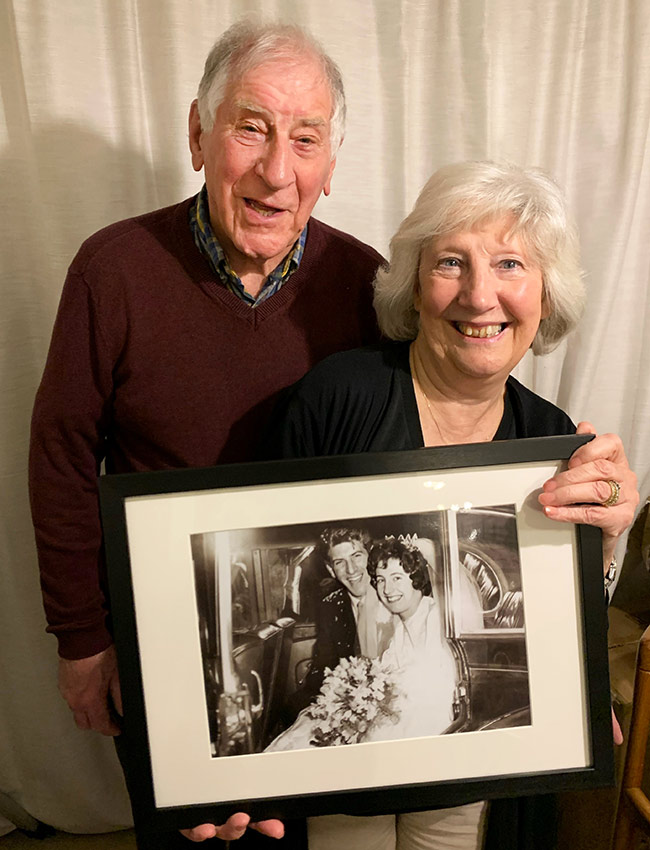