Photographs Forever has recently had some mentions on Boom Radio. Boom is a new radio station which I found a couple of months ago and am really enjoying. There are many presenters we know from other radio stations like Bob Harris and David Hamilton and the music played is just the music that we like (if you were around in the sixties, seventies and eighties).
Nothing like a bit of nostalgia!

Boom represents the spirit of a generation. A UK radio station targeting baby boomers – now aged in their late 50s, 60s and 70s. – who still feel young and seize every opportunity life offers.The presenters they grew up with play the songs with which they share a deep emotional connection.  Radio enjoys a special place in people’s lives – and Boomers love it, with 93% of us tuning in. I really recommend it so take a listen. 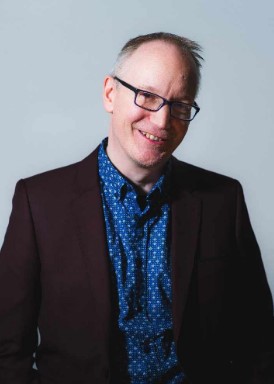 After almost retiring, Boom Radio was the dream of David Lloyd. He began in commercial radio in Nottingham as a teenager, fulfilling a dream he’d nurtured since appearing on BBC local radio reading a poem aged 6. He rose through the ranks to manage radio stations in Leicester, Lincoln, Leeds, Birmingham and LBC and Virgin in London – departing only for a brief sojourn in media regulation  – and he’s passionate about the project.

For a generation, his was the daring voice on Capital Radio, as the host of ‘Your Mother Wouldn’t Like it’. Nicky was also heard on Virgin and the BBC.  Now, surrounded by his own record collection, he broadcasts daily from his lair 4-6 weekdays, playing a wide selection of music, including some treasured album tracks.

Radio has been Roger Day’s life. ‘Your Thinner Record Spinner’ was born in Cheltenham, and began his career in offshore pirate radio, firstly on Swinging Radio England before transferring to Caroline. As the pirate stations were banned, he spent a short stint at Radio Luxembourg before famously compering a Beach Boys Tour – before a dramatic spell at Radio Northsea International. Back on land, he was the first presenter as Piccadilly Radio launched in Manchester and, more recently he’s been heard regularly on BBC local radio. At Boom, he says he’s come home – and he’s having the most fun he’s had since the 70s.